After last week and reflecting on Male Privilege, I have really started to examine myself in many ways. Which biases do I still need to work on and how do I process these lessons in a more holistic way? My moral has been that you must be uncomfortable to grow, so I must place myself in those environments to grow.

Amazingly, my slow proceedings through the Bible combined with my interaction with Black Female activists and Black Queer activists on Twitter has helped me grow significantly in the past year or so. I’ve constantly read about the struggles of Black women in male dominated spaces and queer minorities struggling with their intersectionality in white/patriarchal/cis/xenophobic spaces. My views changed a lot because I was able to read their pain. I changed.

I felt uncomfortable constantly reading about “Men being trash”, misogyny, and even various conversations on how sexuality is on a spectrum. I view myself as a traditional valued Black Christian Cis-Heterosexual Male. I want to be married one day with potentially three children. I am comfortable striving to be the primary provider for me family but, that doesn’t mean I can’t support people choosing a different lifestyle than me.

I used to be uncomfortable with transgendered people. Not, necessarily uncomfortable with them but I couldn’t wrap my brain around it. I never met anyone transgender before. I thought about them like people from Oklahoma: I know they exist, I’ve heard of them but I never had a need to think about them in length. My sphere of influence was so small that certain people I just have never met. 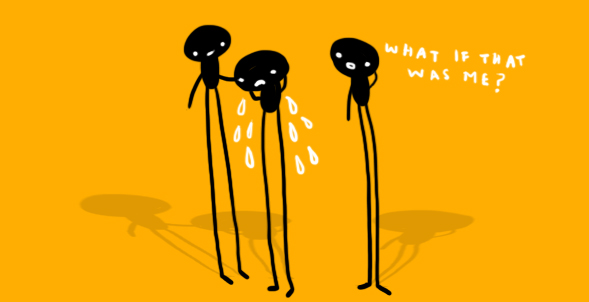 Not comparing the two, but I felt similarly about domestic violence. I’ve also only met two men that were physically abusive to their significant others in my life. These were people I avoided, looked at them like scum, and never supported their endeavors. I never even was in a place to know what exactly happened but heard whispers. One day I read a thread from a victim of domestic violence with photos that made my skin crawl. I found myself angry and hurting for her. Without even knowing her name, I felt her pain, and I changed.

Something similar happened when dealing with transgender people. I kept reading about their rights from a queer activist and how it is unfair to focus things such as the “Women’s March” just on vaginas and the ability to carry children. I found myself defending the LGBT community against exclusive language/actions without a second thought. I was surprised by how mad I got for them without knowing a single Transgender person.

Then, this past week happened and I met my first transitioning person. Without exposing any personal information, I was a little nervous before meeting them in my summer program. Here I am, supposed to be the adult, worried about how I feel instead of focusing on making the child feel safe. Yet, upon meeting them and nothing feeling weird or uncomfortable, it finally connected that I was worried about nothing. Then, upon seeing their parents picking them up and getting a huge hug, all my fears melted away.

This was a child, that as scared as I was, was probably just as scared or more about how we would treat them. I started to think about how I’m still lost and learning about myself at this age. Then it didn’t matter anymore. Before everything else, my heart started to resonate, not with my own fears but our shared humanity. Whether they knew it or not, they changed my life with a simple hug and I am thankful for it.

It’s amazing the small things that can have a huge effect on your life. A tweet, a picture, a conversation, and a hug can change everything. I still have much to learn about the world around me but I realized the reason we are supposed to love our neighbors. We are supposed to protect the oppressed and love without cease. The more I meet others, the more I respect it.

Turn Your Brightness Up!