In the spirit of wrapping these lists up before I end up writing about 2016 all 2017. I am going to shorten my lists and condense my R&B and Soul lists from ten each to two lists of five. R&B today and Soul next week. Like last time, these are not the BEST albums of 2016, but some of my favorites. These are the projects that I went back and listened to the most in 2016, whether I wanted to or not. Enjoy. 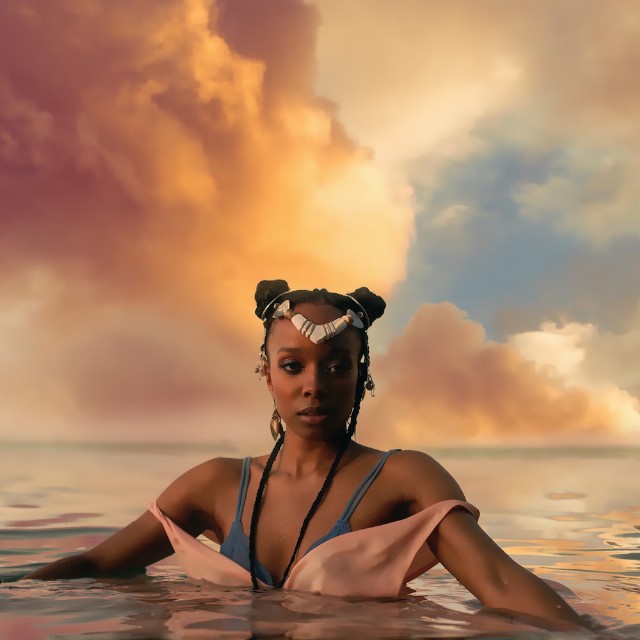 I completely knew nothing of Jamila Woods before she started to make waves with Chance’s collective. I wasn’t hip to Milo & Otis (but will check out their Bandcamp soon) and frankly didn’t know what to expect. I turned the album on and I was showered with Chicagoan Black Womanhood. I went out and bought Coco Butter, Coconut Oil, Hot Cheetos, and a Kiwi Mystic immediately. My hair grew three inches, skin cleared up, and mentored a small child. This album from top to bottom is a unique mixture of nursery rhymes and realizations of growing up. This was the pro-black woman album that was more inclusive than LEMONADE and more authentically her than A Seat at the Table. I loved it so much that I still go back to appreciate the strength of Black Women.

Sidenote: As writing this, HEAVN is no longer on Soundcloud and I can’t find it anywhere. I don’t know what’s going on but I found a Youtube playlist with all the songs here.

Childish Gambino had a phenomenal year! Atlanta connected to me on an entirely new level and was a smash hit. He was just chosen to follow up behind the legendary Billy Dee Williams in the Han Solo film as Lando Calrissian. He supposedly has a child and then followed it all up with this funk fest of an album. He completely surprised us by leaving his rap roots behind and crafted an album that made Questlove of the Roots freak out. It was a musical time machine that was P-funk, George Clinton, Bootsy Collins, and more all smashed into one. This album is perfect for a movie which I’m sure he’s written, directed, and starred in that’s lying around his house somewhere.

Sidenote: I didn’t realize they shot two separate videos for Work. The other videos for my other favorite songs were WAY too explicit for me to put up here (Needed Me).

I will admit. This has been the biggest surprise on my list. I typically give all the superstar artist’s one listen. I listened to LEMONADE after the hype died down, enjoyed it, but know that it was not made for me. BUT ANTI!?!?!!? I walked home singing Needed Me, dancehall bopped to Work, felt sexy to Yeah, I said it and so many more tracks over and over again. I kept coming back to this album like Rihanna sprinkled crack over the microphone before she recorded. It was my guilty pleasure. I am definitely not in the Navy but this was the most complete Rihanna album I’ve heard since Good Girl Gone Bad. She’s shown growth and her voice has improved with range and vulnerability. Not every song was a gem but it was approachable, catchy, experimental, and vulnerable. Rihanna is quickly becoming the last true Rockstar.

Video: If You Let Me ft. GRADES – Sinead Harnett

This EP was a total surprise. I never heard of her before. I never seen her before, but once I heard, If You Let Me ft. GRADES, I was hooked. I found the EP and the four tracks continuously played for weeks.  Each song had a distant mastery of catchiness while having vulnerable or serious lyrics. You rarely hear the perspective of a woman regretting her mistakes in a relationship, and that was surprising. I played it in the shower, before going out, while eating cereal, and while walking around the city, dancing. Then, I stumbled upon more songs and was pleased. A short surprise but endearing favorite.

Song: Rather Be With You – Sinead Harnett

I have an interesting relationship with Jeremih. I truly don’t think he can sing or make a complete song because he verses are trash. But, he does has an amazing ear for production and supremely catchy choruses. He had a lot of talented features on this tape to cover for his weaknesses. Let’s be clear, he does not do anything new. Jeremih spends all the tracks talking about drugs, women, and what happens when you have all those in the same place for a wild night. This is definitely a party mixtape made for Thursday through Saturday Night. I enjoyed it for what it was and that’s all I expect out of him.

My Personal Favorite has been Dubai

I’ve been a fan of the smoky, back room, 1AM, “wyd”-text sounded albums since their modern origin with House of Balloons in 2011. This is nothing new. This is the Jhene Aiko template modernized with the whole mystery artist fad that lasts for like a few months. We are pretty sure we know who H.E.R. is at this point but that doesn’t change the quality of music. Apparently, a H.I.M. just appeared with a companion album. I don’t know if they are connected or just someone playing off of H.E.R. marketing scheme, but I will judge after I hear the music. The only issue I have is that H.E.R. gimmick is rather trite and nothing fresh is coming out of it. She even covered Yeah, I said It by Rihanna and nothing was really added. The lane is filled with SZA, Jhene, Syd, and so many more making the same music with more varied and established sounds. I hope she evolves but I did sincerely enjoy.

Reality by Lisa McClendon is actually an old album that came out in 2009 but this album resurged in significance in my life this year. I have been working on getting closer to the Lord and you must be careful for what you put in your spirit. Reality is an everyday Christian album with a neo-soul sound. It’s not preaching about being perfect or saying that she has everything mastered. She talks about having a bad day and reaching out to God to help her make it through the day. I have been on a quest to find everyday, flawed Gospel music thanking God for another chance versus finding the finished product. This album and Coloring Book really helped me and deserves to be on this list.

I hope you all enjoyed my favorite non-rap projects of 2016. Any other favorites you think should have been on here but weren’t? Any recommendations? Keep in mind this is MY personal favorites. Please be respectful and leave a comment below.