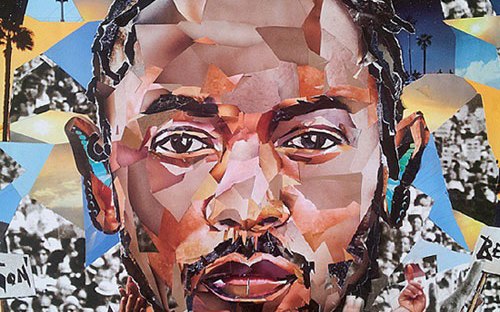 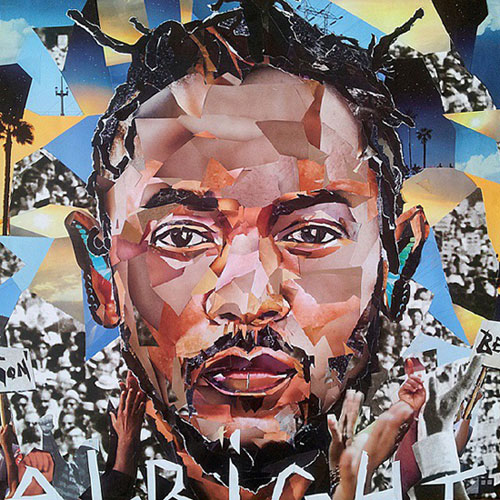 I’ll had this conversation a ridiculous amount of times in the past few weeks. Music is the main topic as classes end and summer warms up. Top 5 lists are all the rage as we have pretty much have had appearances from all of the heavy hitting Hip-Hop artists in Late 2014-2015. So, where does that leave us?

1. To Pimp A Butterfly by Kendrick Lamar

To Pimp A Butterfly is by FAR the most important body of work to come from Hip-Hop in the last 15 years hands down. It seems so contemplative and thoughtful and is a love letter to black culture. Sad part is, it is hard for this instant gratification generation we have to appreciate this. I  promise that years from now, people will come back and appreciate what Kendrick created. Nuanced, layered and touching on multiple genres of black music from the 60s up, this is a masterpiece that will be a classic. We are just too stupid to know it.

Where TPAB was too high minded for some, Donnie Trumpet and the Social Experiment (with Chance the Rapper in Tow) played clean up with a beautifully made album that glowed with positivity, love and thought. It seemed like Kanye’s Family Business broken into a three Act Play. Beautiful live instrumentation, energy and the perfect soundtrack to a wonderful summer. Instant replay-ability.

Sean did it! He finally put together his most cohesive album, filled with tracks that attracts his past fans and new ones. He had great impactful songs, fun songs and strip club songs all in one place, which could be listened too without a skip. His albums finally channeled his mixtapes and stopped trying to please everyone. Sean has always had a problem being taken seriously and he managed to leave it all in the studio and it shows.

The Number Four and Five Spots have had to be divided because I feel like the differences between these albums are not as easily discernible and may take some more time to tell the difference between them.

Snoop Dogg has always been hit and miss for me. Now, Snoop Dogg and Pharrell doing a whole album together, I AM THERE! They make great barbecue/Skate Party/Family Reunion music and that’s what I got. 10 tracks of solidly enjoyable music. I don’t come for the lyrics, I come to pretend me and Uncle Snoop are chilling in a Cadillac somewhere sunny.

The Album About Nothing by Wale

I really want to like Wale. He is a talented and brilliant lyricist but albums are his weak spot. He makes some of the best songs I have heard in modern music but fails in putting together a cohesive body of work telling a story. He really takes the “About Nothing” idea too far and the constant Seinfeld clips really break the immersion. It’s a shame because this was his best outing of music and best album since Ambition. I personally loved Ambition but it didn’t seem his own. The Album about Nothing seemed like his own, but there is something small missing. It was a great album but the spark was missing.

If You’re Reading This It’s Too Late by Drake

Honestly, Drake is Drake at this point. Whatever he does will have the hype machine behind him. Everyone loves him but his music output isn’t matching the hype. A ton of quotable lines that will get replayed for months but overall a bland body of work, with the middle majority of it sounding the exact same. The beginning and end were nice, production stellar but message is missing and common thread forgotten by the time Jungle comes on.

Another overall bland outing from an overall exceptional artist. Actually, Rocky was the weakest on his album. Nothing horrid. No Macy’s puns. No ten minute posse cuts of stellar artists by themselves without his presence on track but nothing breathtaking. Rocky hasn’t progressed much as a rapper but his production is phenomenal. A.L.L.A. falls to number five because the album wasn’t memorable. Guests were amazing with Mos Def, Kanye, Juicy J, Lil Wayne, Schoolboy Q, etc., They all performed exceptionally but I put on an A$AP Rocky album for A$AP Rocky. He was overall forgettable.

To be honest, I keep listening to Lupe Fiasco albums hoping for that same spark that made me buy The Cool THREE times after it came out. I am looking for that rush when I first heard And He Gets The Girl and Switch but it never came. I don’t know if I disconnected once he grew dreadlocks or what, but as much as I know Murals is a masterpiece, I lose focus so quickly and never felt the urge to replay. I know it is a great album but as much as I play it, I leave feeling the exact same way.

Even though it was not released in 2015. My favorite Hip-Hop Album of 2014 is definitely 2014 Forest Hills Drive. I was starving for some Cole and the surprise album did not disappoint. Solid album from cover to cover even with the 14 minute shout out. I might go deeper into this at a later date but I feel Cole finally completed what he started.

Moral of the Story: Have a goal about what you want your audience to feel. What message do YOU want the listeners to leave with. Even if it is just, “Let’s get high and have fun” a la Snoop Dogg, it leaves a better impact. Note that I did not say none of these albums were inherently bad, they all were good but whether it was the vision of the body of work, execution or replay-ability, these are my personal rankings. Thoughts?

P.S. I will try and do some album reviews just so people understand where I am coming from with these.